The basin of the Villette, a place become complete for strolling, along the Canal de l’Ourcq or all the popular layers intersect.

Swimming and Jumping from Quai de la Loire into Ourq’s river in the 19th distric of the city.

Forbidden to bathe by prefectural decree since 1923 a small part of Ourq’s river opened for swimming in the 19th arrondissement of Paris.

The year 2017 will remain engraved in the memory of the Parisians as the year we were able to bathe in Paris.
If the former mayor of Paris Jacques Chirac had promised it more than 20 years ago, the current mayor of Paris, Anne Hidalgo, made it possible.

The opening of Villette basin is in keeping with the file of Paris for the Olympic Games in 2024.
Everybody is expecting that the Seine river will be open to swim for a part of the aquatic events of the Olympic Games.

Anne Hidalgo marks extra points in its seduction operation of Parisians, one month after the magnificent days of 23 and 24 June last on the Pont Alexandre 3.

The basin of the Villette, a place become complete for strolling, along the Canal de l’Ourcq or all the popular layers intersect. A space of 100 meters divided into 3 basins on the canal since July and this legally.

The town hall of Paris gives the small people of Paris the opportunity to come and bathe in the basins laid out for this purpose and supervised by the services of the city. Jumping into the river from Quai de la Loire – Strictly prohibited but tolerated.

Along Quai de la loire many seats available along the river to share food and drinks with friends or family after a good swimming.
The location is the perfect place to get the best rays of the sun from the beginning of the afternoon until sunset.

As for Paris Plage beach chaises longues and cabins are available to give the possibility to the most destitute and lovers of bets to come to take a sun bath after a real bathe. Le Cabanon is one of the best stop of the summer at sunset. If swimming is permitted in the pools provided for this purpose, the maximum tolerance is left to allow free swimming over a strip of more than 200 meters in Quai de la loire.
The most adventurous will dive from the banks of the canal or from the bridge that crosses the canal.

The others will be free to swim until Quai de la Marne. 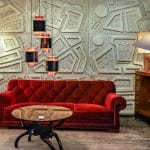 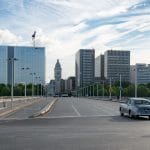