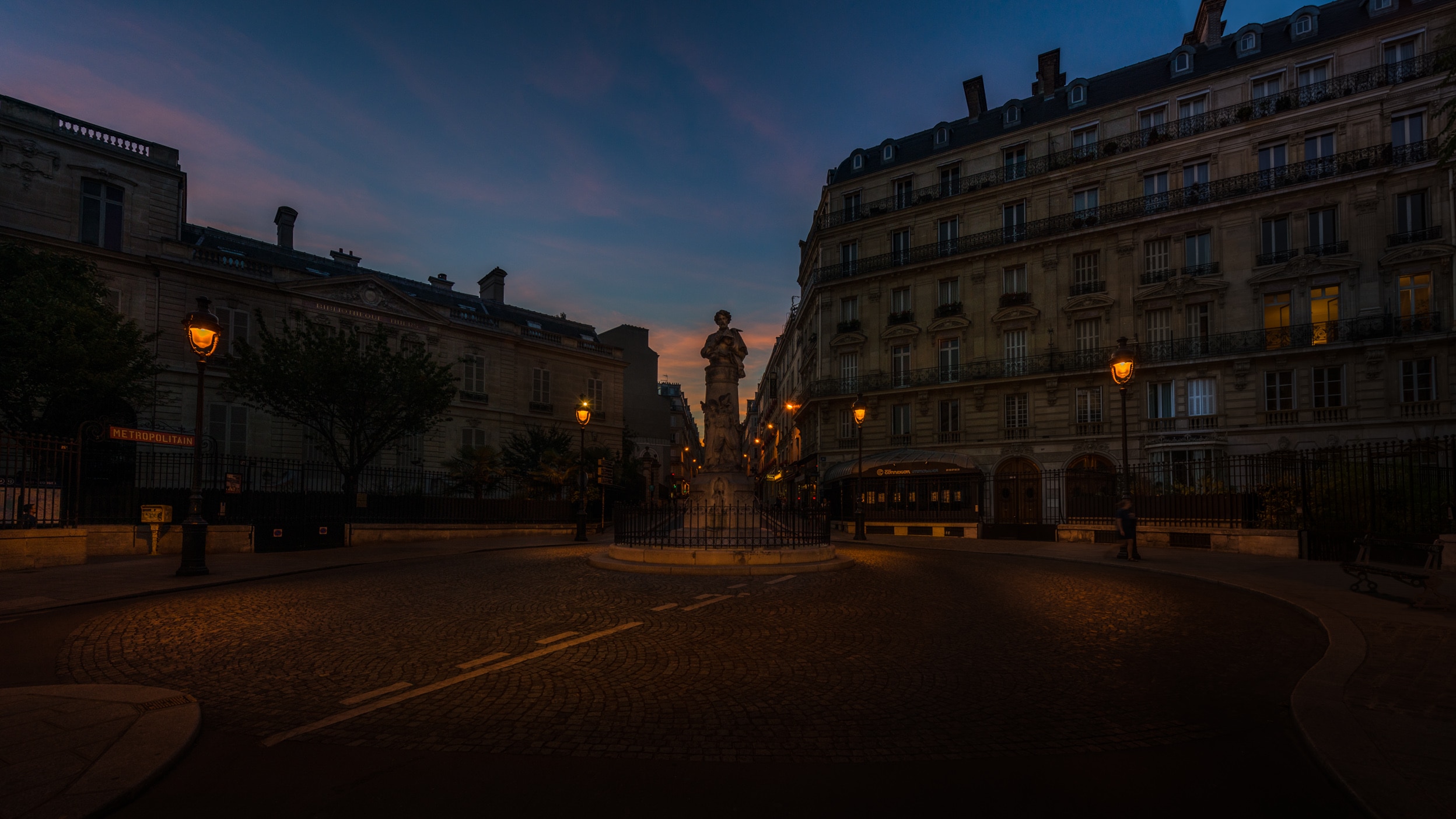 A nice fountain was there, built in the middle of the square.

With the construction of Metro in 1906 and the drying up of the fountain a small tower supporting Paul Gavarni’s bust has been erected.

Paul Gavarni is one of the designers who used to draw for too famous french newspapers, L’artiste and L’illustration,
Then he starts working into Charivari newspaper created in 1832, one of the first political and satirical daily newspaper in republican opposition.

The sculptor Denys Puech will erect the tower with a Paul Gavarni’s portrait, a tribute to the designer who lived in the neighborhood during a decade.

The sunset time in Notre Dame de Lorette Street is one of my favorite pleasure when i come from rue du faubourg Montmartre to reach Bus Palladium, Place Blanche or Montmartre. The Exhibition Grand Train in Paris