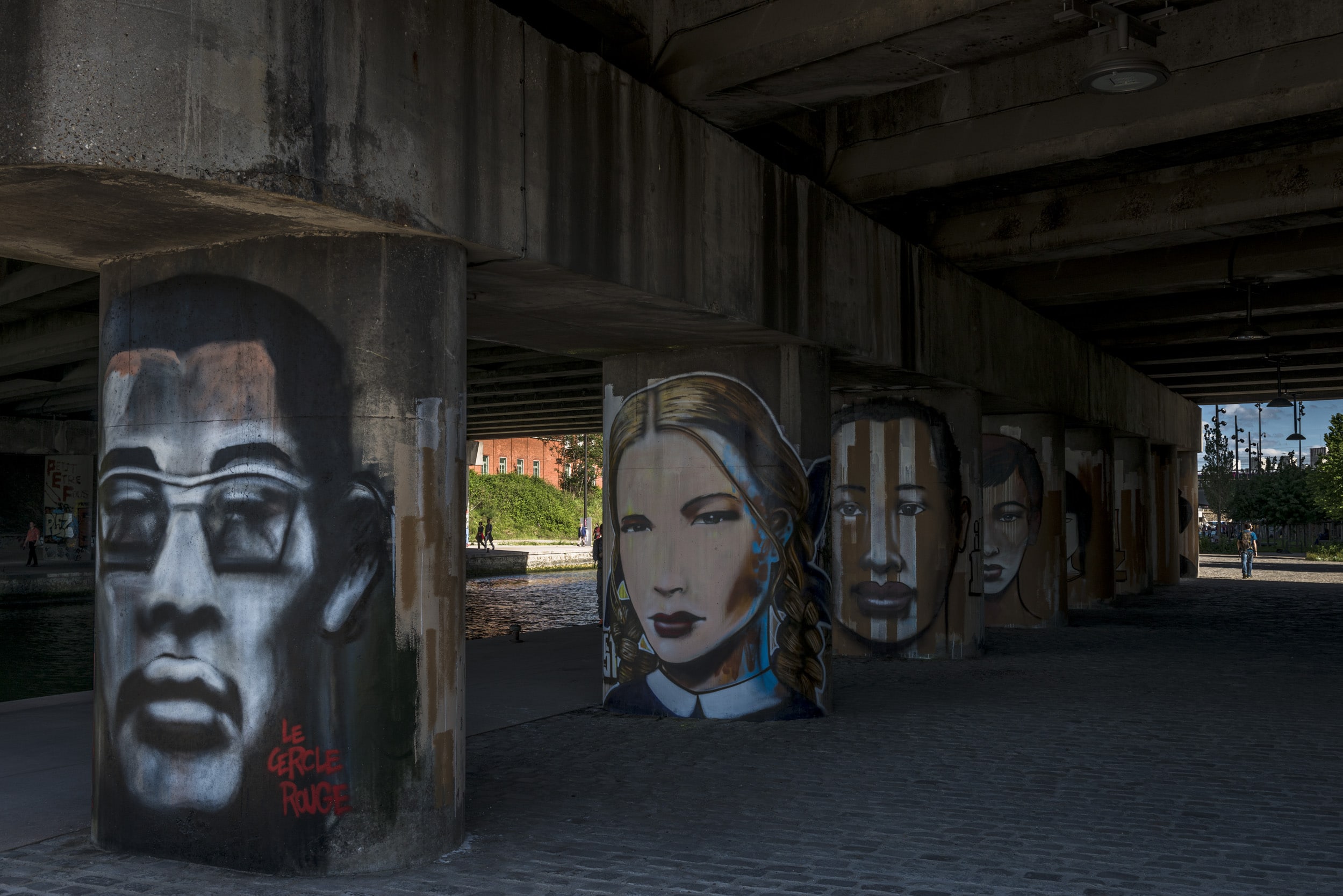 Artists are very active on this portion of the canal although they are on the margins of the canal.
Although the banks are well arranged to follow the canal this one is devoid of any trade.
A good destination for great underground street art.

The design of the Ourq canal began in 1802 under Napoleon Bonaparte with the primary objective of supplying Paris with drinking water.
The basin of La Villette became the first basin of drinking water to supply the city of Paris.
Subsequently, the development of bridges and locks will be used to develop a commercial river navigation.
Nowadays the canal of the Ourq is mainly dedicated to the pleasure boats and walks along the river.

Following the banks of the Canal

By following the banks of the river Ourq over 100kms, straight on the picture, we are almost sure to reach the small town of Courmont, in the department of Aisne, where the famous river of the ‘ Ourq takes its source.

Following the Canal de l’Ourq, on the left in the picture, the river Ourq joins an arm of the Seine at the height of the city of Saint-Denis, about 10kms, by the canal Saint-Denis.
By turning around, we will be able to follow the river Ourq up to the Seine at the height of Bastille about 6 kms passing successively by the Bassin de la Villette then by the Canal Saint-Martin.

Artists are very active on this portion of the canal although they are on the margins of the canal.
Although the banks are well arranged to follow the canal this one is devoid of any trade.
A good destination for great underground street art. Fisherman along quai de la Gironde – Back to the grafs, the city of Aubervilliers What to do in basin de la Villette this summer ?

The mayor of paris, Jacques Chirac, promised in 1988 to the parisians they will be able to swim in the Seine.
in 2002 Bertrand Delanoe introduced Paris Plage along the Seine without swimming access to the Seine.

Anne Hidalgo, the actual mayor of Paris, promised the Parisians they will be able to swim in the ourq’s canal during 2017 summer.
The basin should be laid out from this summer until further measures in the framework of the Paris 2024 project for the Olympic Games in Paris. In the meantime during may period, the spaces or walls offered to the Street artists are more and more numerous along the canal. The new edition of the FestiWALL event demonstrates this political will to give more space and visibility to Street art, hither to mainly visible on buildings in the 13th arrondissement with its monumental achievements. A new goal for Parisians, taking time to follow the artists in their artistic process. Most of the process took 2 days before the final release to the public. On the way to Bastille by Canal Saint Martin we can enjoy the locks of the canal and cross the canal by taking the metallic bridges. There is no seasons for Felix for fishing carps in the Canal Saint Martin until the Quai de Loire.

The Next step for parisians is to wait 2024 and maybe to swim in the Seine. 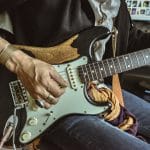 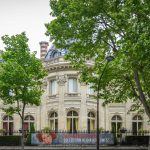