Monuments under construction in Paris

It’s really annoying to come from far away to visit Paris and to be disappointed by a building under construction for one month, one year or more and specially when you are a photographer.

What are the monuments or buildings actually under construction in Paris ?

When you travel your first goal is to come back in your country with a photography of the building you want to visit or just shoot from outside.

This list is made for photographers who want to be sure not loosing time in traffic jam, metro or cab.

Frustration is really high when your expectation to get ‘’The’’ picture is destroyed by a palisade, adds ….

For Parisian Clichés Rework doesn’t mean that the building is completly closed but impossible to shoot for a nice photography of the building.

You will find some practical comments for each monument or building.

The following comment ‘’Completly closed outside’’ means impossible to shoot for a good photography.

Monument or building completly closed outside and inside

Hotel de la Marine :
The facade of the is building is underconstruction and some rooms inside will be renovated too.

The shoping center, la Samaritaine :
The building is totally closed until 2018.

Théatre Marigny :
The Theatre is completly closed until 2018 inside and outside for renovation.

Monument or building completly closed outside but open for visit

Eglise Saint-Augustin :
The church is opened but the building from outside is under construction until 2021.

Eglise de la Trinité :
The reworks are partially finished and it’s now possible to shoot a nice picture of the church but be carefull, there is still some rework in the garden in front of the church.

Eglise Saint Germain :
The rework from the underground will take place until 2020, if there are no surprises during the archeologic work around the building.

Palais de la découverte :
The dome is underconsctrution until oct 2017 but visits are possible.
The building will be totally closed in 2020 for a long period for underconstruction.

Palais Bourbon (Parlement) :
Some reworks outside the building.

Monument or building partially closed outside but open for visit

Tour Eiffel :
For security access the Eiffel Tower is under construction around the tower and the gardens are not free of access and the best spot to shoot the tower is from Trocadero.

Place Vendome :
All reworks on Place Vendome are finished but Boucheron’s Building has started for renovation in Decembre 2017 until 6 months and to take picture of full place is quite difficult.

Institut de France :
The complete right part of the building is under construction but the main dome and the left part of the Institut is fully visible.

Hippodrome de Longchamp :
Horse races are totally impossible during the rework of the buildings and most of them are dispactched to hippodrome Auteuil and Chantilly.
Solidays Festival will take place end of june on the middle of the hippodrome like every year and there is no problem to participate to the music festival the most important event in summer.

Eglise de la Madeleine :
Some reworks makes difficult to get an overview of the church for a complete picture of the building, but a picture can be done partially of the facade and the corners.
We still can get into the church without any problem.

Cascade Buttes Chaumont :
The cascade can be seen but no water is going out during some time. Should open very soon. This is a famoiu splace where Marcel Prosut used to come here with some parisian girls.

Musée Cluny : Hudge reworks on the buildings, Chapelle and the garden and it’s really difficult to get a nice picture from outside even from roman therms.

Institut de France : The right part of the building is under construction.

Monument or building completly closed for visit but photography possible outside

Musée Carnavalet :
The museum is totally closed but the building from outside is visible and pictures can be taken without any problem.

Musée de la marine : Let’s check but the museum will be totally closed after summer during 3 years for renovation. Taking pictures from outside of the building will be possible but not for a long time.

Hotel Crillon :
The Hotel has opened beginning of July 2017.

Fountains of Place de la Concorde :
the 2 fountains of the place have been totally cleaned end of may 2017.

Panthéon in Saint-Michel is now completly renovated and open to visits.

Elysée Montmartre in Pigalle with a new look inside the building is opened for concerts after many years of closing due to a fire. 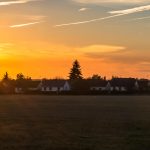 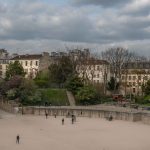