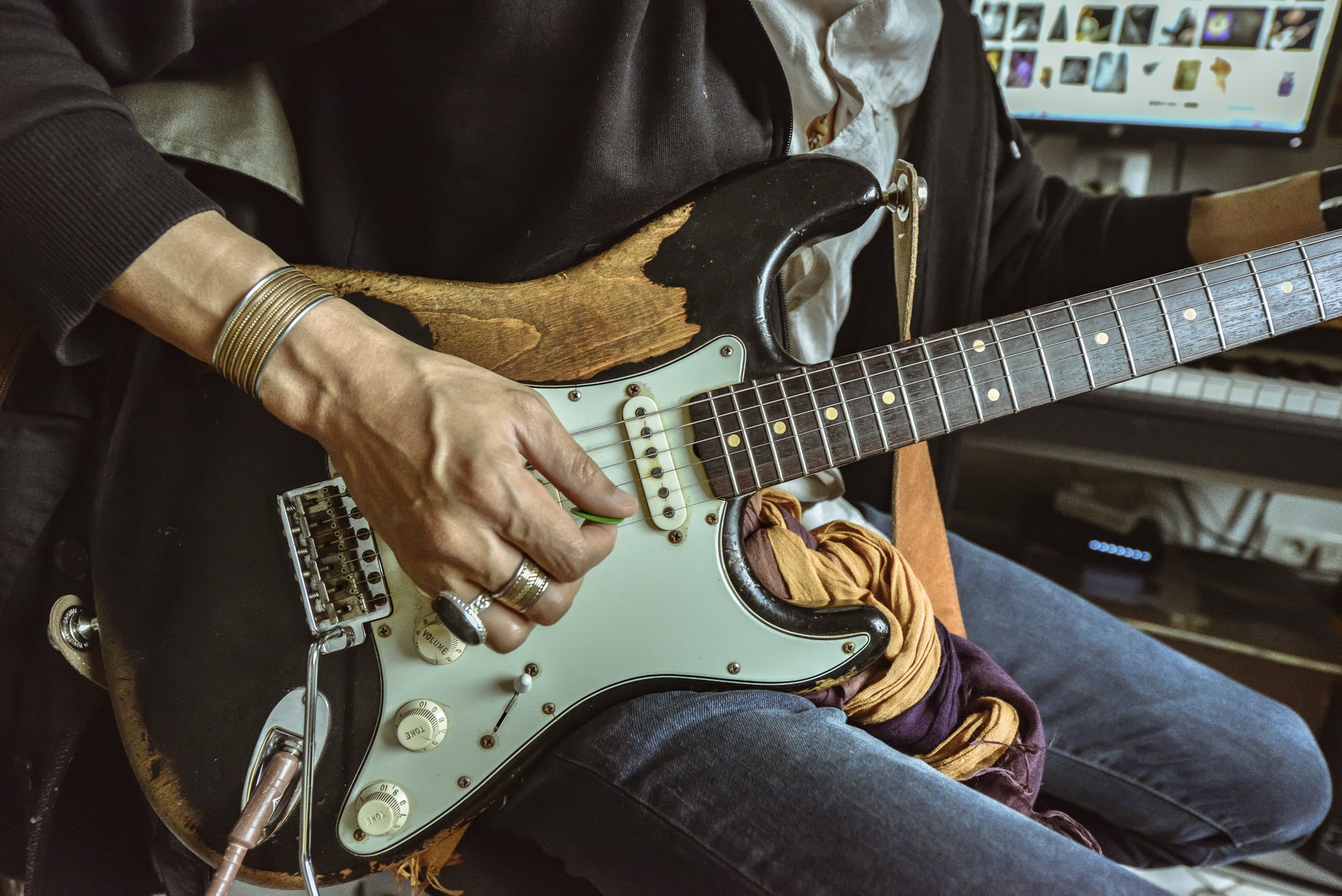 A large choice of factory electric guitars mass-produced are available in the shops of Pigalle but could we find models made by luthiers, handmade and with a more vintage look.

We asked the opinion of Xavier V. Combs, professional guitarist and fan of Jimi Hendrix, Angus Young and Prince.

A vintage guitar found in Pigalle and produced by a luthier

In the world of music, Pigalle is a the best place where there are plethora of music stores, customization workshops and luthiers.
A large choice of factory electric guitars mass-produced are available in the shops of Pigalle but could we find models made by luthiers, handmade and with a more vintage look. Xavier plays mainly on two kinds of guitars manufactured by a luthier, based on Fender (Stratocaster and Telecaster) Road Worn vintage models and a Gibson SG Standard factory-made .

His two Fender-style guitars are produced in the style of the Road Worn series, which possess characteristics similar to those luthier, such as those proposed by RebelRelic, able to produce unique models and ready to play with intensive use. Those guitars are really made by a luthier, Luke Whitfield, manager of RebelRelic and based in Amsterdam.

It is by pushing the door of the famous guitar dealer Oldies Guitars, rue Victor Massé in Pigalle, that he was able to test a Stratocaster model designed by Luke Whitfield , who distributes unique models in Pigalle.

After connecting an amp to connect the Strat and playing few chords, it is conquered by the fabulous sounds played by this guitar and which was further elaborated with a truly vintage look.

A personal choice of sound

There is nothing more subjective than the sound in general. The sound produced by a musical instrument does not escape this rule andevidently the sound will prevail over the look.

What strikes him is the aspect of the guitar, like a skin cow body cut in an old alder wood but which at first does not please him but gives him the impression that the guitar has been worn up, a Road Worn aspect.

Xavier’s choice at the outset is obviously linked to the desire to play a sound that can be closer to a particular artist and who has been able to take advantage of a specific brand using a vintage model or not. Xavier used to play first Angus Young music from AC/DC with his Gibson SG and then Jimi Hendrix with his Stratocaster.

The choices are not so simple. When his was a kid and fan of the player Ace Frehley from Kiss, he used to play with a copy of a Gibson Guitar from Shaftesbury and many other standard guitars. Many years later he bought his first guitar made by a luthier, his Stratocaster. Jimi Hendrix, who made the Stratocaster more famous during Woodstock Festival in 1969.
The legendary Gibson SG, used by Angus Young of AC / DC, was also bought second-hand but repaired several times is still used by the latter.

While the Gibson brand already held the upper hand in the 50’s rock world, Jimi Hendrix made a new brand legendary , Fender, with his Stratocaster model in Woodstock in 1969 with a guitar body made of alder wood And a maple wooden handle. Alder wood is a very homogeneous wood, can be easily sculpted and aged very well.

The sound restored by a guitar of 1969 will initially be better than a model fresh out of factory unless you order a model Custom Shop but there the prices will rapidly soar.

For budget reasons obviously but also because the sound of an electric guitar does not alter with time, or even it improves with time. In addition, if it’s good quality and is well maintained, it can be used again for years.

A luthier from Amsterdam in Pigalle

While trying to buy a guitar at a Pigalle dealer Xavier tried first some Japanese and Mexican models then true American models produced by Fender in the USA (between 1000€ and 2000€) they actually sound really good but on an American budget can quickly reach the 5000 € including a pink guitar candy with a crazy sound.
Finally, the seller will soon make him forget the Fender models of made in factory or custom shop.

Xavier finally tried a guitar manufactured by the luthier, Luke Whitfield (owner of RebelRelic), an american from New-York who lives in Amsterdam for a more reasonable budget around 2000 €.

The model from RebelRelic takes the manufacturing foundation of Fender USA and makes vintage models of old wood, whose finish has been aged to give it a vintage guitar look. Everything is made by hand as in the old times.

The guitar body, handle, vibrato rod, copper single coil pickups, 5-way selector, aged alder wood and all the old small metal mechanisms used will give it a vintage appearance, the road worn look, as if the Guitar had made several tours with very personal sonorities sought by Xavier.

The pickups that capture the vibrations of the strings also have a way of aging with time and the choice of amplifier tested by Xavier happens to be the same as his comparison was decisive to choose his desired sounds.

After several professional uses in concerts, the choice to buy a second vintage guitar according to Fender Télécaster’s Road Worn models but manufactured by the luthier RebelRelic will naturally impose on Xavier V. Combs and this second purchase will practically be done with closed eyes . If the two models are really different, the Gibson that sounds decidedly more rock the Strat, the two guitars will allow him to play with the most diverse artists throughout his professional career.

In his debut with his first group Madjik, Xavier played with Gibson guitars and he tried many times to play with a Fender, but it did not suit him.

With Aloe Black, Xavier started with his Gibson SG, which definitely sounds more rock but it can also use its Stratocaster and Telecaster for more funky sounds.
To accompany Bertrand Soulier, Belle Roscoe or Axelle Red, he played with a Gibson.

For Hair, Xavier will play with his Gibson, but when he accompanies Marco Cinelli, he is on stage with his two RebelRelics.

Xavier plans to play exclusively with his Stratocaster RebelRelic for the new musical in Paris ”Welcome to Woodstock ” from September 15 at the Comedia. 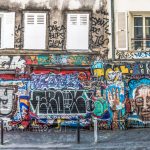 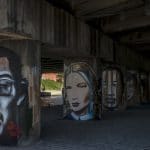